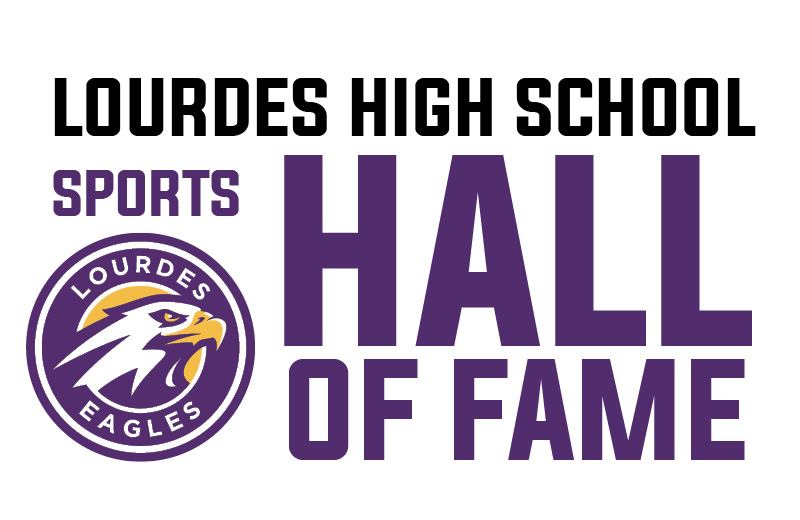 Alumni, students, parents, and friends of the Rochester Catholic Schools community are invited to attend this exciting event, which brings together hundreds of guests annually in celebration of Lourdes High School athletics.

Each year, several distinguished, former LHS athletes and a coach or coaches are inducted into the LHS Sports Hall of Fame. In addition, the event honors a championship team or teams, and the Gene Eiden Award is presented to a volunteer who has made a difference to athletics at Lourdes High School. 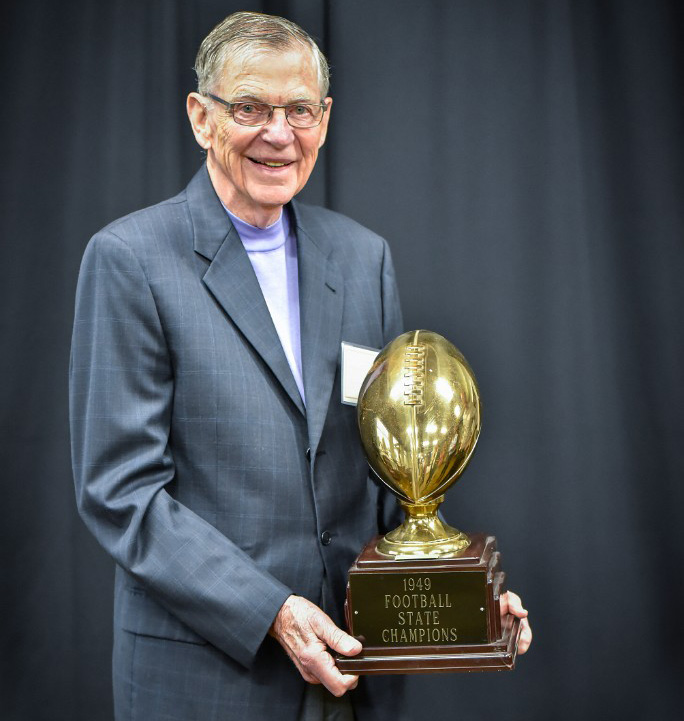 Click here to view photographs of this year's Hall of Fame event!

Click here to read more about this year's
inductees and honorees.

Thank you to our 2019 Sponsors

Alexa earned two individual state championships in tennis in 2007 and 2008, five team state titles and a doubles championship as an eighth grader in 2004. She was a six-year varsity letter winner and two-year academic honors recipient. Alexa was also on the varsity basketball team her senior year and was named Rochester Women’s Athlete of the Year in 2009.

Alexa attended the University of Minnesota on a full scholarship to play tennis. She was named U of M Scholar Athlete and in 2012 reached a top 100 ranking in the country in singles. That year, she also made the NCAA tournament and was named MVP. Alexa obtained her MBA in July 2019 from University of Redlands in California while serving as their Assistant Tennis Coach. She is engaged to be married in December 2019. 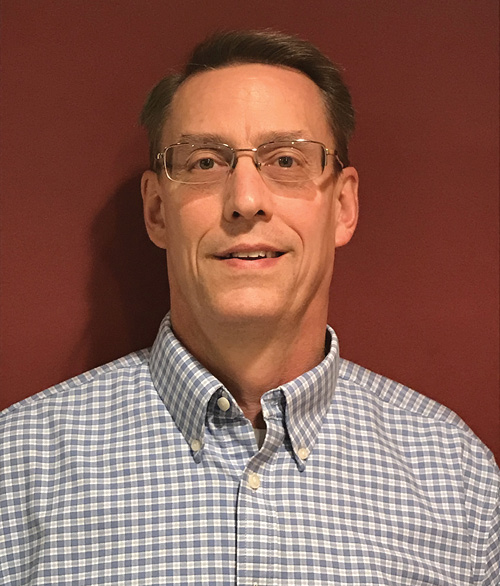 While attending St. John’s University, Jim participated in both cross country and track and field. He was an All American in cross country participating in three national meets, winning one individual Conference Championship and earning two All Conference honors and three letters. As a track and field athlete, Jim was recently inducted into the NCAA Division III Track & Field Hall of Fame. He competed in two USA National Track and Field Championships, two Division I National meets, and is a two-time 3,000m Steeplechase National Champion (still holding the national record for that event). He is a three-time All American, two-time MVP, school record holder in 3,000m indoor and 3,000m steeplechase outdoor, two-time Conference Champion, and five-time All Conference winner. Jim is the Director of Compensation at Optum and resides in Bloomington, MN, with his wife, Jeanne. They have five children. 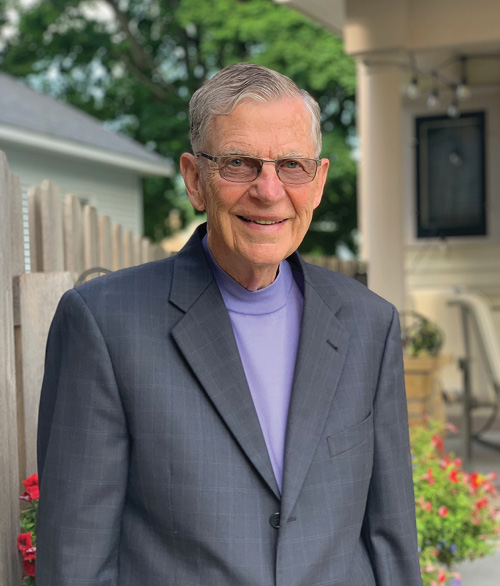 A two-year varsity football letter winner and track participant, Tom was a part of the 1949 State Championship Football Team and member of the 1950 All State Team. He is a lifetime member of the Rochester Catholic Schools community as a student-athlete, parent, volunteer and financial supporter.

Tom was a member of the 1952 RCTC football team and the St. Mary’s University team in 1953. He was an assistant football coach at LHS in 1956, and took film for the program under coach Joe Mayer in the 1960s and 1970s. In 1995 he was named LHS Alumnus of the Year. Tom retired from Mayo Clinic in 1994 where he was the Director of Buildings and Grounds. He is a past president of the Mayo Clinic Volunteer program and remains active with this group. Tom and his wife, Carol, have four sons and nine grandchildren, two of which are Lourdes graduates.

A Lourdes Football record holder for most carries in a game (34 in 1974), Tim was a four-year varsity letter winner. In 1972, the LHS football team won the Central Catholic Conference Championship, and he was named to the All Central Catholic Conference Football Team. In 1975 he was named LHS Student of the Year. He held the record for most rushing yards in a game (247) for 18 years until it was broken by his nephew, Mike Osborn, in 1992. Tim also participated in wrestling, basketball, and track.

Keith attended Augustana College on a track and field scholarship and played football. He was three-time All Conference, NCAA Division II National Meet provisional qualifier in track and field for Augustana. He also received the Core Value Award for Excellence. After graduating Magna Cum Laude with a degree in Chemistry, minor in Physics and Mathematics, Keith went on to receive his Ph.D. in Chemistry from Rice University and a Postdoctoral Fellow from Stanford Medical Center. He works for DaVita and is Vice-President over their Home Dialysis business. Keith lives in Denver, CO, area with his wife, Cristina, and their three children.

Sam attended the University of North Dakota where he played football for the Fighting Sioux from 2002-2006. During his time at UND, he played in the National Championship game in 2003. In addition, his team also advanced to the semifinal round in 2004 and the quarterfinal round in 2005 and 2006. He was a member of three North Central Conference championships in 2003, 2005, and 2006. He is a member of the winningest class in UND football history. Sam received his Juris Doctorate with Distinction from UND School of Law. He works as Legal Counsel for Minnkota Power Cooperative, Inc., and resides in Grand Forks, ND, with his wife Danielle and son Cameron. 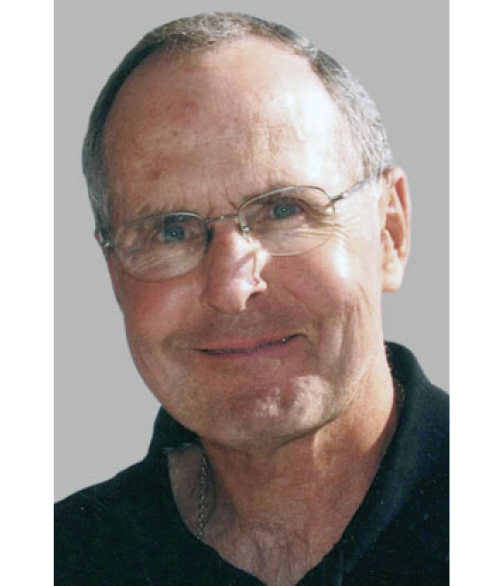 Coach Jirele was the boys basketball coach from 1965-1968. His teams won State Catholic Championships in 1966, 1967 and 1968. Orrie played on the 1958 state championship team for Austin Pacelli High School. From 1958-1962 he played at St. Bonaventure, for which the team was ranked third in the nation in 1961. From 1968-1973 he coached boys basketball in Green Bay and from 1973-1987 in Albert Lea. Orrie taught school for 39 years and also coached boys tennis. He played in the Austin Symphony Orchestra, was an active member of St. Theodore Catholic church in Albert Lea, serving as a trustee and on church council. He enjoyed the outdoors, including hunting and fishing. 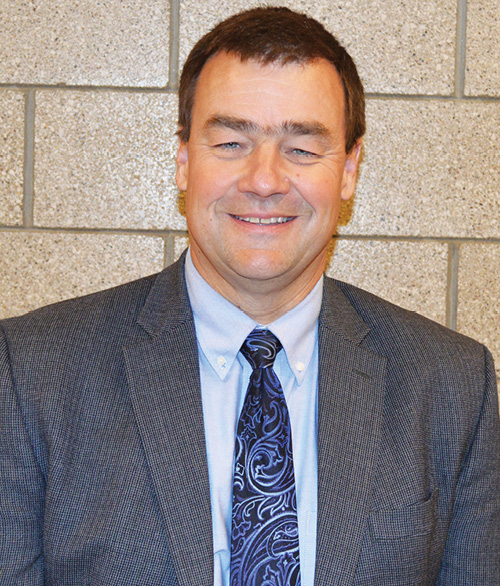 In addition to coaching, Mike has volunteered with the RCS Council (1998-2003; Chair 1 year), RCS Board of Trustees (2012-2019; Co-Chair 3 years), and St. Vincent DePaul Society (2018-Present). Within the community, he was on the Rochester Youth Baseball Board for four years and Rochester Youth Football Board for eight years, serving as president for two years. Mike has three sons who all graduated from Lourdes High School and participated on state championship football teams. He and his wife Linda, who is also an active volunteer, live in Rochester. 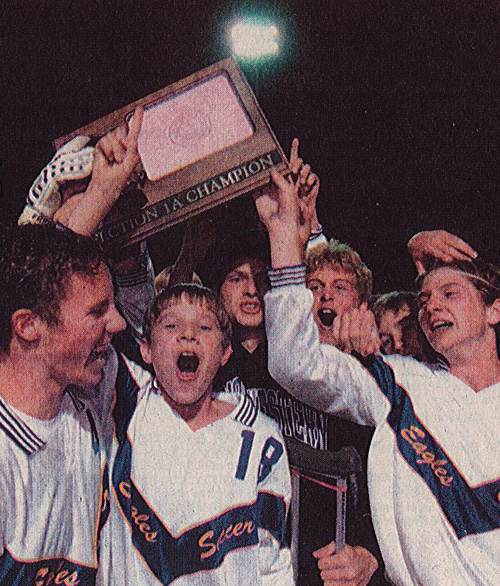 The 1998 and 1999 boys soccer teams were dominant during a historic run of back-to-back state titles, the only time this has happened in Class A history. Eight different players earned All-State honors during their career and nine advanced to the collegiate level.

VIEW PAST HALL OF FAME INDUCTEES